Fractel creates performance caps with bespoke designes from Queensland, Australia for runners and adventurers worldwide. Their premium headwear company was founded by Matt Niutta, a passionate runner who was diagnosed with an eye condition that prevented him from driving. Commuting by foot became his norm, and with all the time he had to think on his daily commute to work, Niutta decided that the running and adventure community needed headwear that better blended performance and style. He chose the name Fractel, originating from the term 'fractal': an infinite pattern often used to describe natural features such as trees, rivers and mountains (and Fractel's logo is the simplest version of a fractal). This connection with the natural environment and the potential to be infinitely occurring shows the world that with one idea, anything is possible. 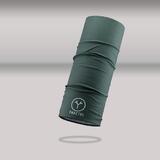 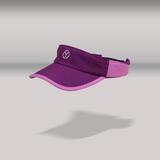